The land that is now Regnum Quintum was first discovered in about 50 K.R. It was the site of one of the first successful settlements in Mundus after explorers set out from what is now Regnum Quartum. When the land was divided amongst the five brothers, Quintum went to the fifth. Its physical distance from the other kingdoms has made it a bit reclusive, but the other four still consider it an integral part of Mundus.

Quintum is predominantly made of grassy plains. It has few trees, the only truly wooded area standing next to the capital, Herba. To the north, the Lacus Hiemis separates the kingdom from Regnum Primum, as does the Flumen Nivis. Regnum Secundum is to the northeast, while to the west the Flumen Sagitta marks the border between Quintum and Regnum Tértium. A large grassland encompasses the south; no one has ever explored beyond it. Herba is towards the southeast, placed at a rather inconvenient distance from the rest of the kingdom.

Quintum is the smallest of the five kingdoms with regards to population, having about 6.5 million inhabitants. Herba is also the smallest capital city with a population of about 350,000. Though early settlers flocked to the region, growth is now slow, and it is falling behind the other kingdoms in that respect.

Quintum holds much fertile land, making it an excellent place for farming. Most of the crops in Mundus are grown here, and the kingdom also has a small cattle industry. Quintum also deals in textiles. Despite such a wide range of natural resources, however, the kingdom is not as wealthy as it could be. It still relies heavily on the other kingdoms in many areas.

Quintum is ruled by a king. This is a hereditary position, always going to the oldest child. If the eldest is a daughter, then she must marry before ascending to the throne (if she is of a suitable age), and her husband will become the king. If the heir is too young, the queen or some other regent appointed by the late king will rule in his place until he can take the throne. If a king dies childless, the throne may go to either the nearest male relative or to a successor of his choice, though the latter option has never occurred.

Quintum is split into five regions, with a steward overseeing each region. These stewards are appointed by the king, but the position generally passes from father to son. Over the years, the stewards have gained great power, holding nearly as much influence as the king himself. If all five stewards agree to do so, they may even force the king to abdicate. This has never happened, but it gives the stewards some degree of authority over the king’s decisions. 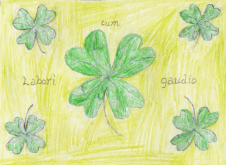 One thought on “Regnum Quintum”